The tall man sat quietly with his walking stick propped neatly against his knee while the artist worked. He tried to remain still, concentrating on the haunting call of the thrush that came, muffled, through the heavy leaded windowpanes beside him.

“Have you ever had your portrait rendered before?” asked the artist.

“It’s odd that you should ask that. But, no, I’ve never sat for a painting,” said the older man, “though I’ve certainly enjoyed watching artists ply their trade over the years, and have known quite a few of them. Truth to tell, I’ve made more a study of observing than of being observed.” He smiled.

“Well, you’ve a very interesting face…very old-world, if you don’t mind my saying so.”

“I suppose that’s your kind way of saying I’m quite the antique, Charles.”

Charles laughed, but never stopped painting. “No, no, not at all. You’re more than a ‘well preserved’ instance of the species, Gabriel; you have a very unusual expression. Very…how shall I say this…inscrutable, yet reassuring…? Altogether, I can’t imagine an artist not wanting to paint you!”

Gabriel remained silent and watched the younger man work. Charles was an energetic painter, never standing still. And when he was working, Gabriel noticed, he did not pay attention to much other than shape, color, light, warmth, coolness; his whole being was fixated on whatever discrepancy existed between what stood before him and what he had captured on his canvas. Back and forth his eyes darted, comparing, measuring, mixing colors and holding his brush up before him to see whether just the right hue had been achieved; drinking in not only the image, but also every sign that experience had etched into the lines and curves of his subject’s face. Gabriel could almost feel Charles trying to tease out his own thoughts, delving deeply inside his head, seeking to light upon those secrets held deepest within him.

If the heavens opened up at that moment and the Last Trumpet sounded, Charles would certainly comprehend what was happening, but Gabriel, chuckling to himself, could almost picture him brushing it off, saying something like “Oh, yes, very interesting; tell me more about that while I work….”

He had seen it all before. Here was the real thing; a painter so transfixed and transfigured by his artistry that, barring some shocking revelation, he would emerge, as it were, from his trance in a few hours, remembering very little of what was said or done in the interim. But, there would remain his canvas, with the very essence of these hours pressed into oil and pigment; not simply an image, but a living, breathing stretch of time suspended perfectly on its frame. The final resonant result would be just as much a revelation to Charles as to all who viewed it.

That was true artistry.

“You remind me very much of some other artists I’ve known,” said Gabriel.

Gabriel smiled. He could be as free with his words as he wished, and even should Charles remember all that he uttered, which he doubted, it would matter little; Charles’ soul was in no danger. He knew that the story he had to tell would dismay his young friend and almost certainly put an end to the rendering of the portrait, but he also knew there would be no better time to speak.

“Well, I’ve known several, and each was unique, as you might expect. You artists are quite an odd assembly of characters, as you know!

“But, I recollect, many, many years ago, long before you were born, traveling to the Middle East and into Africa…”

“You’ve been to Africa?”

“Yes, indeed, many times! There are a number of members of my order that have sojourned there. Long before there was even a Middle East, as we now know it, we knew the southern lands and of all its peoples.” Gabriel watched Charles carefully to see his reaction. There was none.

Gabriel thought for a moment. It would be good to speak openly of these things. He had held them locked away for so many years that even he could not reckon them. And, after all, time was short.

“Well, before the nations were named as they are now, the arid lands that rim the great southern desert, the one you now call the Sahara, were home to many of the Wise. They had seen kingdoms rise and kingdoms fall, and they knew that with the collapse of each civilization, the need became greatest for their aid and counsel. Loose networks of the learned were formed to hold onto what might otherwise be lost. Writers, painters, poets, healers, mathematicians, and astronomers: all of these and more were scattered throughout remote places, so that they and their wisdom might become the seeds of each new rebirth. For there will always be a rebirth, you know, until the final days.

“In any event, those many years ago I came to know of a group of such people – a brotherhood, if you will, of artists, craftsmen, and scholars – and I ventured into the south to learn what I might from them. For in those dark days, as in our own, the world was troubled, and I sought to discover where our people might be found, and what skills they possessed in case of need.

“I began my inquiries here in England, but quickly learned that no one person could satisfy me regarding this brotherhood. At first, I could not even discover a name for them; they were not directly in contact with any of the Benedictines that I knew, despite ties to their monastic houses. But I eventually discovered an Abbot in Rome who knew more than most about such things, and he was able to put me onto their scent, and even to give me a name, or, at least, an acronym. And that acronym was MEB.”

“What did that stand for?”

“I did not know definitively, nor did the Abbott, when first I encountered the initials, since the words to which they refer have been corrupted over the long centuries. But I have come to believe that, at least during the Dark Ages, they stood for ‘Medium Ecclesia Baijuli’.”

“That’s quite the mouthful! What does it mean?”

“Strictly speaking, it means the Stewards, or Bearers, of the Middle Church”

“Yes, that core of the faith that has survived, as a remnant, from one age to the next; between the fall of one great civilization and the rise of the next. The MEB was the steward, the keeper, if you will, of knowledge during the most dismal times and the darkest years. And I have no doubt that even the Latin words I’ve mentioned were fitted onto those initials, and that the original meaning and words to which they referred have now been lost in the mists of time.

“But, as words don’t carry the same meaning from age to age, the acronym remained, and it has been recast into other languages to mean something akin to the original. Thus, as I learned it, MEB, translated into English, has come to mean the ‘Middle-earth Brotherhood’, and that is how the Abbot I mentioned, who is English, spoke of it.”

“So, did the Abbot tell you where you could find members of the MEB?”

“As I said, he put me onto their scent. It took me many long months after that before I was to come into the presence of an actual member. He, as it turns out, was a linguist living in Egypt, near modern day Cairo, and he, in turn, was able to direct me to two or three of his brethren. These were not easy to find, however, despite his guidance.

“But, find them I did, and they led me to others. And several of these, as I mentioned, were artists. One, in particular, was also gifted in another way. She was a brilliant renderer of images, certainly, and of icons in particular, but she was also skilled in knowledge of the ages to come.”

“The ages to come? So, she was a fortune teller?”

“Not in the sense that you mean it. She was one who understood the ways of man in a very subtle and sensitive manner. She came by this ability partly through her natural gifts and partly through long study. She was a hermit, an eremite. She read the ancient texts as well as harkening to the news and rumors of her own day. An historian and a philosopher, she had come to recognize the overarching ebb and flow of great civilizations, and what signs to seek in order to anticipate each stage in a culture’s life-cycle. She was gifted with great powers of observation, and with great discernment. Some called her a sorceress; and that she was, at least to all outward appearances.

“Her name was Yeshi, and she was an Ethiopian, although in those days the nation of Ethiopia did not exist. Her existence seemed at first to be more rumor than fact, and finding anything of substance about her was quite vexing. Even after I became aware of her, I spent many arduous months finding my way to her home. But, I did so, and when I found her, what she told me changed me forever.”

“Simply this: that I would live to see the end of this world as we know it.” 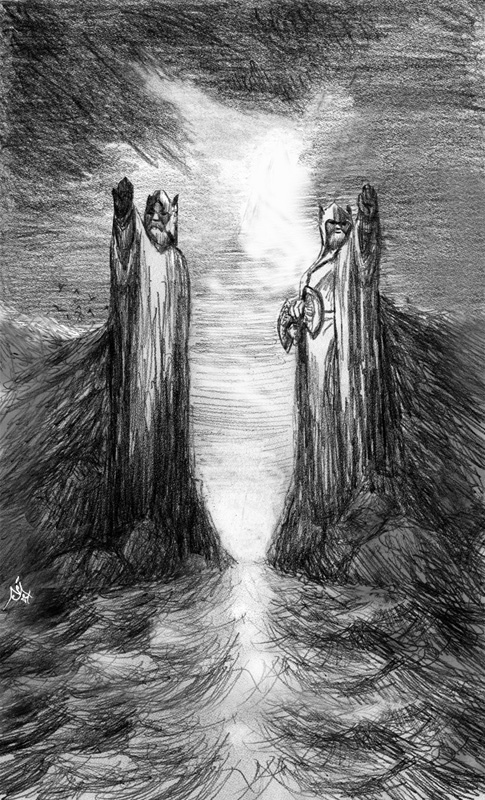 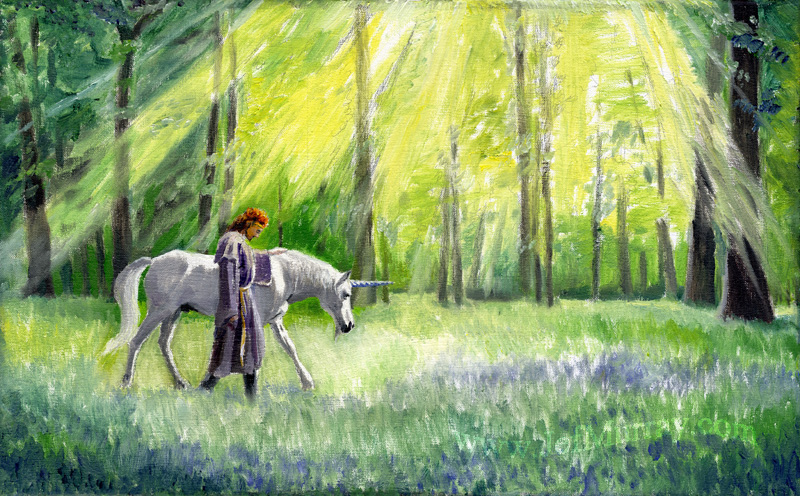