“Do you think she’ll come back?”

The two girls sat huddled beneath the eaves of the forest. The unsettled breezes of the last day of April stirred the dogwood boughs, mottling the light of the newly-risen full moon. The gusts of damp air moved on, lifting branches and scattering oak catkins throughout the valley below them.

“I don’t think she’ll have much of a choice,” said the older girl. Her name was Megan.

“What do you mean?” Polly looked up at her sister. She scratched at the first mosquito bite of the season.

“Well, Elves are magical, aren’t they?”

“Well, when we saw her, she was dancing in the moonlight, right?”

“So…whoever sees one of the Fair Folk on Beltane always gets a wish.”

“Of course!” said Megan. “You’re so stupid…you don’t know anything! Everybody knows you get a wish if you see a Fairy on May Eve!!!”

Polly rolled her eyes. “Well, then, what are you going to wish for?”

“What do you know?! I’m going to ask for enough wishes that I can become Queen!”

“There is no Queen!”

“Well, there will be, once I’ve got my wishes! And then I’ll have the finest husband, and all the jewels and clothes I could ever want!”

“What if the Elf doesn’t want you to have all those things? What if they’re not good for you?”

“She’ll have no choice. They’re my wishes, after all! And what do you mean, not good for me?! What could be better than my being able to decide what’s right and what’s wrong? Why, I shall be the wisest woman in all the world! I’ll be wiser than King Solomon! I will decide the fate of all!!!”

“What if someone doesn’t want you to decide their fate?”

“Well, they’ll have no choice! Once I have my wishes, my will shall prevail!” Megan’s eyes gleamed as she looked eagerly toward the glade where they had seen the Elf maiden dancing.

Polly sighed and shifted away from her sister. “You were right,” she said, whispering so that her sister couldn’t hear.

A chiming, silvery voice answered her from the shadows of the oak tree beside her. “Yes, but there is no helping it; she is right. A wish must be granted; it is May Eve.”

“Must it be my sister’s wish?”

“You each get a wish, because you both saw me in the glade.”

Polly thought for a moment. “Could my wish be that we had never seen you in the glade?”

There was a pause, and all Polly could hear was crickets tuning up for their evening serenade. But then came a peal of merry laughter from the shadows.

“Yes, of course!” came the answer. “But, your sister would still be granted a wish, regardless.”

Polly thought for a moment. “OK, then that’s what I’d like to wish for…that we had never seen you tonight.”

“I hate these things!” said Megan, slapping at her neck.

“What things?!” asked Polly. She felt disoriented…dizzy, even.

“The mosquitoes of course!” Megan slapped again at her neck. “And I’m tired of waiting for Fairies! I’m going in!” She stood up and brushed herself off.

“So you don’t think they’re going to come at all?” asked Polly.

“Ouch!” said Megan. “These mosquitoes are awful! I wish we’d have just one summer without them!”

Polly didn’t remember anything significant about her sister’s comment until summer ended that year. It was in autumn that it occurred to her that the only mosquito bites she and her sister had gotten all year long had been on May Eve. 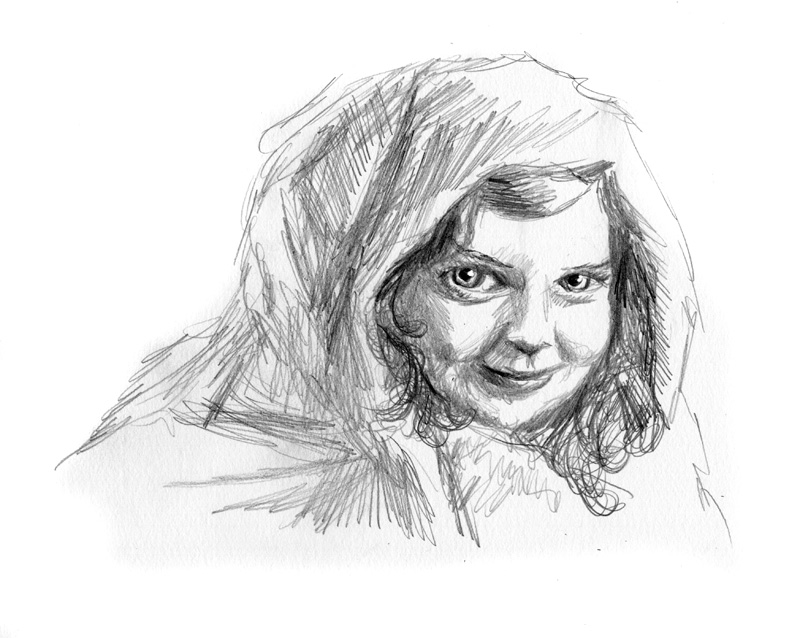